Are placebos the only sleep aid that really counts?

Really interesting article today by Ben Locwin, Ph.D., on the Genetic Literacy Project. Ben asks, “Is natural sleep the only kind that counts”? If yes, this would provide a very interesting position for placebos. After all, placebo-induced sleep cannot be anything else but ‘real sleep’. As you see in this excerpt from Ben’s post, the placebo effect plays a big role as a sleep aid:

Most of the so-called ‘Z’ sleep therapies (zolpidem, eszopiclone, zaleplon), including Lunesta, Ambien, Intermezzo, Sonata, etc. are non-benzodiazepine class drugs that are GABA receptor agonists – they work by modulating neurotransmitters. More recently, a new class of sleep drug (known as orexin receptor antagonists) has been approved (such as Belsomra). Orexin (also called hypocretin) is a neuropeptide produced by neurons in the hypothalamus that induces wakefulness and vigilance (among some other physiological factors). It was identified in part because some humans and animals with narcolepsy are deficient in orthorexin-producing neurons in the brain. 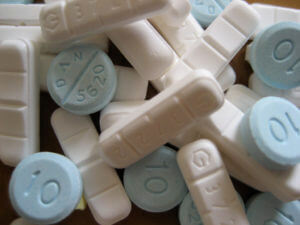 Virtually all medications for sleep work on neurotransmitters, to change our balance of tiredness and vigilance. Even the antihistamines Benadryl (diphenhydramine) and doxylamine succinate are used in a tremendous number of OTC sleep medications, and do produce marked drowsiness in many people. In this way, the antihistamine passes the blood-brain barrier to affect histamine’s regulation of sleep and wakefulness in the brain, inducing sleepiness. Since so many people use so many of these interventions to try to artificial or improve sleep, it begs the question ‘how good is the actual quality of the sleep?’

It turns out that there’s a fairly substantial placebo effect within sleep itself. Telling people that they slept longer or more deeply than they actually did, or that results of a (fictitious) sleep EEG were more positive than they actually were leads people to be able to think more quickly and respond more positively to questions about alertness and restedness. Even sleep medications, though approved by statistical superiority compared against placebo, have a very small effect magnitude on sleep itself, and is intertwined with a strong placebo effect. Seeing a physician and filling a prescription for a sleep medication and then taking it at bedtime is a whole chain of behaviors that includes expectancy and formality that a sleeping routine is commencing. But clearly if the entire need for sleep could be eliminated by placebo, we would have evolved a way not to lay dormant and vulnerable for a third of each of our days a long, long time ago. In the distant past, sleep was a risky proposition for early humans and our ancestors, and it’s not much of an energy-saver: Estimates are that sleeping rather than staying awake for the same amount of time only saves about a hundred or so calories.

Read the rest of the story here.